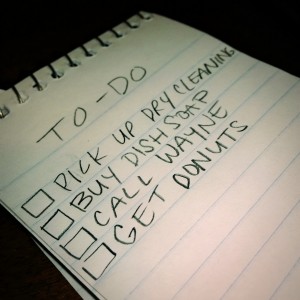 It takes more than a few good ideas to make coaching account development impactful. Project management, for one, is key. It’s not about the people on our team that do project management—though they are very talented—it’s about the process.

Each client we coach goes through a similar evolution. They go into the coaching thinking we’ll have sessions together, they’ll learn a lot, then they’ll go out and behave differently. Unfortunately, that’s not what usually happens. The client will learn things, but they then have to also relearn things and relearn them again and again. We have to then continue to coach that client to work toward the milestones and take action. The project management part of that facilitates “Aha!” moments within an organization, in which people find something that has been under their nose for a while.

Let me tell you what it’s not.

This isn’t a codependent process. No one is being parented, it’s not a reminder system, and we won’t be packing anyone’s lunch. It’s this: after you sit down with a client, you now you have three to six days to come back to that client with an impactful solution that is connected to a business and political issue. And if you don’t do it, you just wasted a lot of time. That’s that transition of sales and linear thinking to account development thinking. And that has to be project managed.

Our clients will often get excited just because they got in front of somebody that belongs to a target organization. They think that it’s just great that they were able to get in front of somebody, talk about their company and listen to the other person. Which sounds really great.

But it’s not all that great.

Sometimes, I’ve got the dirty job of pulling the rug out from underneath those people. The thing is, one meeting with someone doesn’t compute to much in the end.  Three days later, the client could’ve already forgotten about it. You could’ve forgotten it. The behavioral follow up is everything.

When it’s not project managed, what you have is an endless list of tasks and tactics that frustrate you. You’ll find that you have hundreds of them and you’ll wonder, “Why are we not making progress? Why are we not making more revenue?” I’ll tell you why: because you’re not blending in strategy and you’re not understanding human behavior. You and the people that you’re trying to call are all busy, and you’re likely to forget quickly what just happened.

Just because you met with someone, doesn’t mean the relationship got strengthened. But what does strengthen the relationship? Connection.  It’s not whether you get in front of them again, it’s about how you are going to connect with them again. That’s a very different process that has to be project managed. Multiple connections always lead to accounts. Multiple meetings could lead to accounts.

To connect, you must be able to discuss the five big points: do you know a decision maker, an internal champion, or a navigator within the organization? What are the business and political issues that you’ve connected with? What differentiates our solution to that business and political issue? That complexity has to be project managed. You can sales coordinate a next meeting, but you can also have a sales organization that’s doing over two hundred meetings a month and aren’t moving anywhere.

What happens typically is that people don’t look at the fundamentals of human interaction. You can meet with people endlessly and they won’t take action. You could just be another action on their to-do list, somewhere between pick up the dry cleaning and get donuts. That’s how insignificant as a company you can be: they could choose donuts instead.

A project manager is making connections and moving things along to connect to the way that you should be developing the account relationship. Not just making meetings and checking off tasks in regard to that client. Our project managers aren’t tour directors. They’re the person who, before I go out to a meeting ask, “What are you going to talk about? How are you going to advance the connection? How is that really going to happen? Are you clear in your goals for this meeting?”