Advice is plentiful, but wisdom is hard to extract.  Here are 15 bits of wisdom shared by successful business executives from a variety of industries as recently published in Fortune magazine. 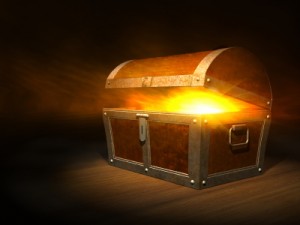 1.  “You need to hire extraordinary people.”

2.  “Listen to your employees…Be completely engaged.”

3.  “If you’re going to be significant at something, you’ve got to learn it from the ground up. There’s no shortcut to success.”  He added, “When you are in the leadership position, the tough times can be much more difficult, because your job is really to shield your team through that, to keep them from taking shortcuts.”

~Ron Johnson, CEO of J.C. Penney, learned from his dad who worked at General Mills

4.  ” You have to think about the kind of person you want to be when you’re done with this experience. Think about coming out of this a different person than you go in.” He went on to explain how this forced him to develop a set of personal core values and connect his passions to his career.

~Scott Griffith, Chairman and CEO of Zipcar, received this life-changing advice from his brother after learning he had cancer.

5.  ” We live in a throwaway society. So little is built to last. Now more than ever, we have to value great quality because it’s so scarce. If your business isn’t the best quality, it will not succeed.”

6.   “It’s not what you know. It’s who you know.  Everything in business is about relationships, and you should never take them lightly.”

7.  “The best advice is often the most painful advice, and you have to trust the person who’s giving it to you. When you get criticism, ask yourself if it’s relevant.  In the back of my mind, I’m always asking, “Did I cross the finish line?”

8.  “I have realized as an entrepreneur that so many people don’t pursue their idea because they were scared or afraid of what could happen. My dad taught me that failing simply just leads you to the next great thing. Some of the biggest failures in our lives just nudge us into another path.”

9.  “Try to listen before you speak.  Anyone who’s worth talking to is worth listening to.  Almost everyone knows something or has some insight or experience I do not — or can say something that, even if wrong, triggers a thought or idea I might not otherwise have.  People I listen to are more willing to listen to me.”

~David Boies, Superlawyer, founder of Boies Schiller & Flexner, was given this advice at age 13 from his father

10.  “You can’t always control what happens to you in a game or in life, but you can control how you respond — you should never quit.”

~John Hickenlooper, Governor of Colorado, received this advice from his mom who was twice widowed, raised four kids by herself, relentlessly frugal, very competitive, and persistent in reaching goals.

11.   “Break new barriers all the time.  Don’t fall into a pattern.  Look further. If you are not successful, try a completely new opening. Be versatile. I don’t just stick to one set, but many.”

~Magnus Carlsen No. 1 ranked chess player in the world first received this advice at age 10 from his former coach, Simen Agdestein, who used to be the best chess player in Norway.

12.   “Do not think that a lack of experience or lack of qualifications stop you from jumping into a new opportunity.”

~ Victoria Ransom, CEO and co-founder of Wildfire received this advice from her co-founder and fiancé, Alain Chuard

15.  Discover what your real business is and sell that.  For example: Xerox became interested in Kurzweil Computer Products, made an investment in the company, and later expressed interest in acquiring it. They were interested in the scanning and character-recognition technology. Xerox was in the printer business, and they had a lot of machines,  copiers, printers that took computerized information and put it out onto paper.  Kurzweil Computer Products had a technology that could go in the other direction. Ray Kurzweil explains, “At the time, I did not have the philosophy that the real business I was in was creating technologies, creating a business from them, and selling them. My attitude was: This is my company, and my role is to create it and build it up and maybe make it into Xerox.”  But my CFO, Harry George, said, “What you’re really good at is creating a new technology and bringing it into the world. But there are other people who can bring it to a world market. You should sell to Xerox.” Kurzweil goes on to say, “I took the advice, and Xerox created a world-leading company out of it. That got me into this paradigm. It caused me to redefine the business I’m in, which is being an inventor and creating breakthrough technologies and then finding the right home in a larger company where they can really thrive. I’ve sold five companies, and all of them have not disappeared into the woodwork. Kurzweil Music, for example, is now part of Hyundai. They were able to bring it to a world market in a much better way than we could as a small synthesizer manufacturer.”

For more advice from leaders in various industries, click here.