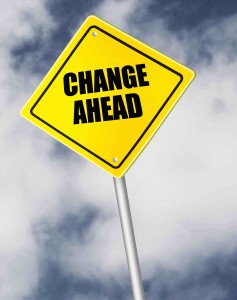 It’s great for us consumers that gas prices are so low right now. Don’t you think? We spend a lot less at the gas pumps these days, which is great for our wallets and our peace of mind.

But look deeper and you’ll see that this seemingly positive change has huge ripple effects that may affect your industry.

A Blip in the Energy Industry

Life has been good in the energy industry for the last five years. It’s a powerful industry and it affects so many others – design, construction, and information technology to name just a few. Everyone has gotten pretty complacent regarding that revenue and profit continuing. That’s just human nature.

The economy is not deteriorating – let me make that clear – but we are definitely going through a significant blip right now. The downward-spiraling cost of crude oil is going to affect the major oil companies, the secondary and tertiary companies related to the energy industry, and everyone in the energy business.

This is actually really common. Other industries go through this all the time. It’s no time to panic.

Instead, this is the time to pay attention to what’s going on in other industries that you might not have been investing in because you were so harvest-driven for the last few years.

For example, biopharmaceuticals have been heavily focused on the Northeast and West Coast for the last 10-20 years, but there is a clear rumbling that those companies may be relocating to the Gulf Coast, Houston or into the Austin area. You might not have noticed this because you’ve been so focused on the energy business, but this could be a big shift. It’s something to pay attention to.

Manufacturing is Changing Across the Country

There is also a big shift happening in manufacturing.

Texas may not have landed the Tesla facility (that went to Nevada), but what you don’t see in that bit of news is that there are 52 companies in the supply chain that are chasing Tesla that will have to expand and adjust. That will affect all of the Southwest – Texas, New Mexico, Colorado and Arizona.

Drone manufacturing is going to change the landscape as well. Every male in the U.S. got excited about getting a drone for Christmas, but that technology is going to take our economy so much farther than toy-making.

This applies to every business. I’ve seen it happen in healthcare recently – as soon as there is a change in legislation, there comes a change in the philosophy of how we are going to leverage healthcare.

Sometimes change is just a function of the cost of doing business. Sometimes change comes from the need to harvest a different or more diverse labor pool. Sometimes municipal incentives drive the change. Just when you think an industry or company will be there forever – like the furniture business in North Carolina – they pick up and move.

All businesses, all industries, by nature, evolve. The centers of the universe change.

We have a new center of the universe for energy called the Dakotas and Canada. Who would have guessed that the shale plates would be as big as they were going to be?

You have to constantly rethink. It’s our natural tendency, as companies comprised of human beings, to get comfortable harvesting what we already know. That can make you vulnerable.

It’s normal to get complacent. We’re not necessarily lazy as human beings, but we get into harvest mode. We need to pay attention to the activity that’s happening under the radar and hiding in plain sight.