Sales Training and the Sochi Olympics 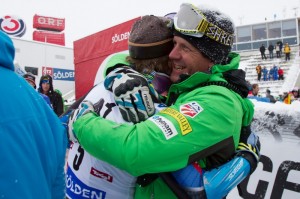 People use sales training to solve profit growth issues. They give the leader of their sales team a checklist of things a salesperson needs to know, and they think that’s enough. I’m not against sales training at all, but there are some major flaws in leadership thinking if they assume that sales training only will be a cure-all.

When you teach any sales process, it causes people to disregard that decision making on the client’s side is never linear. If you start to think about a process as a matter of check boxes, or a list of to-dos, you set yourself up for failure. Training alongside coaching is a different matter. Training is repetitive and teaches you a process, while coaching allows the “trainee” to have some insight for what to do when things don’t go as planned.

Here’s Where the Olympics Come in…

Take the Olympics. You’re watching the greatest athletes in the world perform, and they’ve likely been training somewhere close to their entire lives. They’ve got their sport down to science, but they arrive in Sochi, have a less-than-ideal night of sleep, the snow is awful, it’s raining half of the time and it’s foggy. They have to make adjustments for these conditions, regardless of how they’ve spent the last four years training for The 2014 Olympic Games.

We saw a perfect example of this when Ted Ligety conquered the giant slalom course. He had to go last, and the snow had gotten torn up from the athletes who came before him. There was a part where even the announcers were worried. Each person only gets one shot, and they don’t know what to expect. They’re going somewhere around one hundred miles per hour, so they’ve got to make a decision fast.

It was the Olympics, but the course was terrible. I’m not that great of a skier (certainly not an Olympic athlete) but I could tell that it was off. Just a few inches for him would have made a difference, and he needed a coach to let him know that. Training would have told him to just hit the mark. But if he would have followed training, he would have gotten nailed. Someone on his team must have given him some insight (coaching) about the conditions that lied ahead, because he took the turn differently. He already knew how to get around the flags, but his training was less relevant at that point. He needed someone to advise him about the current conditions.

Ligety wasn’t the only one facing the conditions. You could tell that some skiers and snowboarders in the half pipe were totally thrown off by the conditions, and others who took it in stride. There were athletes who won that were underdogs-their gold medal surprised people. But it didn’t surprise me, because I saw how they adjusted to the conditions.

Adjusting to the conditions isn’t just for athletes. The same methodology should be applied for business purposes.

Your coach can be anybody. It could be the leader of your team, or a junior level employee. Always be willing to listen for ways others think you can adjust.