Why the Safe Swing Will Lose You the Whole Tournament 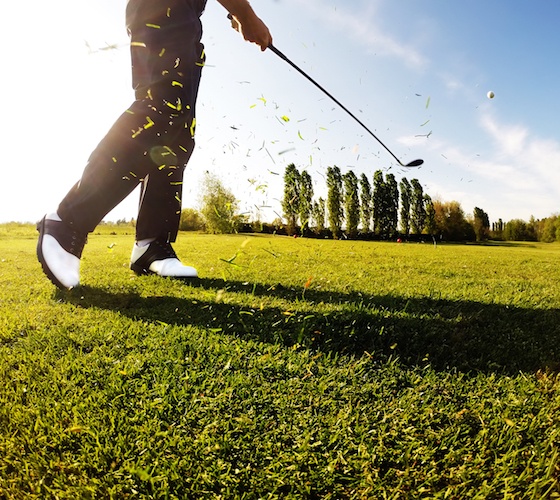 A few weeks ago, golf fans around the world watched in horror as Jordan Spieth lost his edge during the 2016 Masters Tournament at Augusta National Golf Club.

According to later interviews, Spieth knew exactly what happened when he started the back nine with a five-shot lead.

He stopped making aggressive choices, and instead considered the “safe” choice with each swing.

I was shocked last week when I came across an article from Dr. Joe Parent, author of Zen Golf: Mastering the Mental Game, how – when you dig into the psychology of Spieth’s rapid decline at the Masters – this is exactly what happens to go-to-market teams.

They get close to their goal, and they back off.

Here’s what to look out for, how to get your head straight again – and how to win the tournament.

Realize You’re Psyching Yourself Out

The first thing Dr. Parent talks about in the article is the importance of sticking to assertive plans.

In the case of Jordan Spieth beginning to tank after his five-shot lead, he started thinking “If I par in, that would be good enough to win,” – he focused on protecting his score. He should have been thinking, “What do I need to do to get a six-shot lead?” – focusing on continuing to get ahead.

In go-to-market teams, I see this same scenario happening in a slightly different way. When they start to get ahead, they begin thinking if they sell too much, they’re going to drown. They take their foot off the gas too quickly.

It’s a lot of pressure to keep up revenue expectations sustainably. I get it. In fact, what many people fail to realize is that there is a natural fatigue factor that can creep into the account development process.

When pressure leads to fatigue, you need to slow things down. The tendency is to slow down and get defensive. To play not to lose. What you should do is slow down and stick to your original game plan – make the most assertive shot that you can comfortably make.

This fatigue most often happens at the top leadership levels. I don’t see sales managers or marketing directors owning the go-to-market issues. I see CEOs and COOs owning them – and that’s where you have to recognize the pressure and stay assertive.

The self-talk begins with the C-Suite … “If we just win three more accounts, we’ll be good enough to make our numbers for the rest of the year.” That’s the start of the wheels coming off.

Then it’s all hands on deck.

Your entire team should understand this tendency. This is why I like to coach whole teams, actually, to make sure everyone is on the same page and understands the same pitfalls and solutions.

Somebody has to recognize the fatigue and stop the dominoes from falling.

In Jordan Spieth’s case, that person was his caddie. In the middle of Amen Corner, a challenging stretch of holes, Spieth told his caddie, “It seems like we’re collapsing.”

In a business context, Spieth would have been a C-Suite executive and that caddie would have been a go-to-market team member. What if the caddie had thought to pull Spieth aside, get him to take a deep breath and remember the assertive path he committed to?

That’s what each of your team members should do when they see leadership start to crank down from assertiveness.

When you stop being assertive, rest assured that your competitors will pick up your slack.

Spieth started to slide, and Danny Willett was there to take his place. Willett had no pressure on him, so he quickly took up the “assertive banner” that Spieth dropped. The situation got into Spieth’s head. And instead of slowing down, taking a deep breath and going back to his original assertive game plan, he just spiraled – and it cost him the tournament.

Dr. Parent’s article talks about Spieth’s decline on the last nine holes. But the truth of the matter is the failure started three or four holes back. He just got away with it temporarily.

The difference between golf and business is that, in business, there is no end of the tournament. If you start “parring in in to win because you’re far enough ahead,” that’s how you lose your edge in the long run.