Paying Attention to Evolutionary Change that Surrounds an Organization 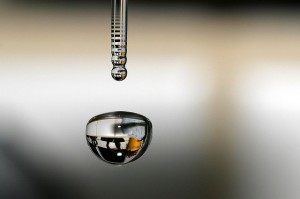 We tend to see information and insight in big dramatic blocks of what’s going on in the marketplace, when in reality it’s subtle. It’s the same as what we see going on in the world of public-private finance. Everything operates like a flywheel—the environment changes little by little, time after time. Then, all the sudden, you have what I call Milestone Capitulation Events. This is a time in which big progress gets made, but not in a straight line.

Oftentimes, the tendency when you’re approaching clients is to look for sweeping legislation or big news events to relate to the issues that are affecting the client. However, what’s really happening is actually “drip, drip, drip” effect, a slow-but-sure evolution of change. The results can catch you off guard if you’re not paying attention to what’s subtly building over time.

The CEO of TaylorMade, Mark King is on a quest. He’s started an organization called Hack Golf, built off the premise of having fun on the golf course rather than focusing on playing the game as it’s always been played. His theory is that we’ve surpassed the romantic point of golf—it reached a high in pop culture with Tiger Woods, then popularity crossed all demographic boundaries—but its fading again. Why is golf fading?

It’s not something big and dramatic, but what he did is he came up with this big idea of having the hole be fifteen inches around instead of three inches because it’d make the game faster. People argued that it’d make putting too easy, and his response was, “Yeah, but are you having fun?”

What he’s doing is changing the frame. Instead of asking, “Are you playing golf?” he’s asking, “Are you having fun on the golf course?” It’s fascinating to see how people are responding. Pro golfers have come out with their opinions on the matter, and they vary. But King asserts, “I’m not about just trying to make it easier, I’m about keeping people engaged.” The reason he has to make this change is because what a novice athlete finds enjoyable on a Saturday afternoon has changed.

This is a metaphor for what I see is going on with clients. Instead of seeing the evolutionary change of business turning a different direction, they suddenly realize that there’s been this complete turnaround. Yet, even after this realization, they continue to push against taking measures to bring things back to the level they once were—in fear of change.

One of the verticals that we work within is Higher Education. In their environment, what’s really subtle is the leveraging of MOOCs, the way blended learning is looked at, and the way eighteen to twenty-four year olds prefer to learn as the landscape changes.

It’s kind of subtle. It’s not about how college education or post-secondary education has been thrown out, but the way it’s executed has definitely changed. If you’re on the board of a large university system and you try to talk to somebody, they want to know if whether or not you’re paying attention to the changing atmosphere. They want to see that you’re paying attention to what’s happening with student engagement, why mixed use projects are so different, why 24-hour electronic registration so important or a mobile-friendly website is crucial. Because these things are affecting the big picture.

That’s education. You may think that you’re calling people who have gray hairs like you and wouldn’t know about these things, but they’re in their faces. If you don’t know these things, it changes your conversation at all levels within an institution. But it’s not limited to Higher Ed. It’s in every industry.

If you don’t constantly look for subtlety, it changes the process of the way you engage your customer.

What and how you ask questions is everything.

Look for how your industry is being affected by small changes, and discover ways in which you can make changes to your business model.