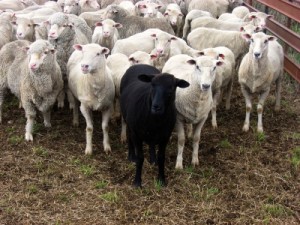 How do we really know why companies excel?  Is it luck?  Did they do something extraordinary?  Is it just the environment?  Were they prime for the right market at the right time and rode the wave?  What drives exceptional organizational performance?

In this month’s issue of Harvard Business Review, Michael Raynor and Mamtaz Ahmed from Deloitte tackled the question: “How do we know what makes a company exceptional?”  In their research, they studied 25,000 companies who traded on the U.S. stock exchange between 1966-2010 and measured the Return On Assets (ROA) that reflected stable and consistent performance.  They identified two superior groups of companies:

The research reported, “Exceptional companies, it turns out come in all shapes and sizes.”  For example, 3M,  “with its legendary innovation” made the list as well as a one product company, WD-40.  McDonalds made the list with locations all over the world.  At the same time, Luby’s cafeteria chain was exceptional with 43 locations.

The conclusions from this study, resulted in 3 Basic Rules:

1.  Better before cheaper – Companies who succeeded competed on their uniqueness before their price.

2.  Revenue before cost – These companies prioritized their efforts on gaining revenue before reducing their cost.

Some interesting observations from this study:

Every company in America has to make a choice whether to compete on nonprice benefits or reduced costs.  The research stated, “Miracle Workers overwhelmingly adopted the former (nonprice benefits).   Average Joes typically compete on price.  Long Runners showed no clear tendency.”

In general, here is a formula from the study:

The study revealed that “Miracle Workers typically rely much more on gross margins than on lower costs for their profitability advantage, whereas Long Runners are likely to depend on a cost advantage.”  This means that greater performance is enhanced more often by value than lower price.  When companies compete on price, there will always be one more company who figures out a strategy to undercut the price.  Exceptional companies are not led astray by seeking after short-term cost cutting that might destroy the highest priority…value.

Translating Rule #2 is the ability to obtain profits by higher revenue.  In a sample of nine Miracle Workers, eight used revenue to drive performance, and six of the eight relied on higher prices to achieve their revenue levels.

In conclusion, many competing factors drive exceptional organizational performance, including: operational excellence,  leadership styles and development, corporate culture and reward systems.  However, in this study, the exceptional companies were persistent to prioritize a position of value unrelated to low prices and create strategies for revenue-driven profitability…”everything else is up for grabs.”  This means we need to be open minded and flexible to consider the enormous options in running an exceptional company.  The next time you are in the boardroom discussing value and profits, remember to concentrate on creating value using better before cheaper and on capturing value with revenue before cost.

I’m sharing these concepts with you because when we coach, the following words seem complex but are really more fundamental in nature.  There are really only 2 choices:  better before cheaper and revenue before cost.  These concepts are important to us.  The following summary quote from the article is meaningful to our practice:

“The next time you find yourself having to allocate scarce resources among competing priorities, think about which initiatives will contribute most to enhancing the nonprice elements of your position and which will allow you to charge higher prices or to sell in greater volume…If your operational effectiveness is mostly about cutting costs, whereas if your innovation efforts are mostly about separating you from the pack, go with innovation.  But if pushing the envelope on operations is about delivering levels of customer service way above your competition’s, whereas innovation seems geared to doing the same for less, then your operations folks deserve the additional care and feeding.”

It’s well worth your time to look up this article and read it verbatim.