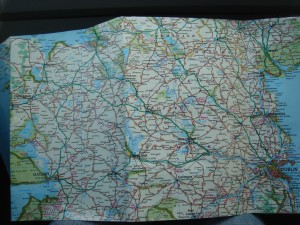 Companies are no longer following old rules in searching for a new location to expand. The process was at one point fairly orderly: a company would traditionally connect with economic development entities and various people in the real estate industry. Thus, there’s a real estate/broker transactional web of information. But that’s changing. When you look at the way that someone like Chinese Petroleum, or Amazon, or Tesla, or a different technology company come into an area, they may do that. They may do something traditional like use a site selector or they may do investigations on their own in a different way, but not always.

The people doing those investigations are not what has been seen in the past. Many times those individuals are in their twenties and thirties—they’re of another generation—and they’re not walking around with clipboards and briefcases, they’re doing it the way they like to do it.

The other difference in the conversation is surrounding public-private finance. There are 3 projects that are underway that no one is paying attention to. Kirtland Air force base is mostly being transformed to not be used as an air force base. Instead, it will be leveraged as a public-private entity. Even convention centers and hotels are being looked at as more of place creation entities that can leverage traffic in a very different way.

What you should be paying attention to…

Things you should pay attention to are dialogues between educational entities and these companies, because workforce development and workforce leveraging are much bigger markers than real estate. Being friends with your local community college board, being connected to the business college at University of Houston or New Mexico State could be a lot more revealing to you of what is the next piece of business or project.

So the whole message behind the message on all of this is that you have to be more creative in the ways that you look to start the conversation. It used to be done by networking with people who were clearly established in the food chain. But now, the food chain is clearly disrupted on all levels—the beginning, the middle, and the end. If you were an engineer, all you had to do was network with all of the architects. Maybe you’d network with the contractors. But now, you have think in terms of how the conversation is starting.

Why is the food chain changing?

The same reason things are always disrupted—customers are asking for ways to do things faster and more effective. They’re looking at their customers and distribution. The dominant thing is always speed, and the next thing is effectiveness.

Look at one of the most interesting aircraft manufacturer and aerospace companies out there, Embraer. Consider where they’ve been manufacturing, then look at where they want to start manufacturing in the U.S., and also how they connect with U.S. education systems. That’s food chain disruption. And people aren’t paying attention to it. They think they know everyone in the aerospace industry, or in AEC, they know everyone in real estate, but they aren’t paying attention to the dialogue between the lines.

People who manufacture things, design, or do research are asking different things when they’re looking to get closer to their customers. So it’s a matter of speed and trying to anticipate what needs people will have. It’s like Apple. No one wrote an RFP for the iPhone. How do we anticipate what people are asking for?

Be wary to get in an arms race, where all you’re doing is trying to network yourself to death.

There tends to be a groupthink and lemming-like mass movement toward the same ideas, especially within professional organizations. While everyone is looking in one direction, the project could be going on elsewhere. Keep your eyes open for hidden opportunities.

You can’t think tactically, you have to blend in strategic thinking. My demographic would recognize the hit show, Colombo. The actor, Peter Faulk, had a style of investigation that was very counterintuitive. You’d think it was going in one direction, then at the end of the show he’d do a dog headed turn, slow down the conversation, and say—nope, that’s not it. It’s this. You have to weave in that same critical thinking to know

Our strength as human beings is that we’re habitual. But it’s also our weakness. Because if you’re not paying attention to the food chain as it’s being disrupted, the sidewalk is crumbling beneath you.