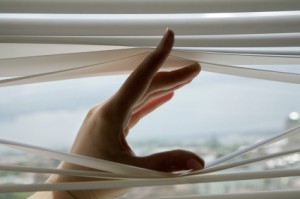 We’ve all seen the TV show “Survivor.” Well, in order to SURVIVE, it’s time local government proves to taxpayers that they can manage their money and make wise decisions. Citizens are demanding  government they can trust. To build trust, public leadership must be transparent and prove they can be accountable to citizens (both individuals and corporations). The stronger the trust, the stronger the relationship; which leads to a greater potential for local government to make meaningful impact.

Urgency of Transparency to Build Trust

In this digital age, in which people have grown accustom to things moving quickly, it feels like government policies take too long to implement and local agencies work too slowly. Especially for a generation who is used to instant replies and quick action. In other words, the government is not viewed as trustworthy and responsible when they move slowly. Taxpayers are expecting and even demanding the speed of government agencies match up to the speed at which successful corporations operate.

In addition, taxpayers today feel they have a right to be informed, offer feedback, and have access to important information.  Many politicians reveal only partial truths to information they release. Since individuals and corporations can instantly and individually research any topic online, they want to give their input into political decisions and have open access to the reasoning behind decisions. When taxpayers have a bad experience with a government official or view decisions as only benefiting a select few rather than the greater good, citizens quickly vent their frustrations publicly. Are you grasping the urgency in recognizing the connection between trust and transparency, citizen involvement and citizen investment?

Transparency is not just a good practice, it is vital to the economy! According to the report, “Following the Money 2013,” more states are providing “checkbook-level” government and becoming more financially transparent. By increasing transparency and therefore proving accountability, the relationship with taxpayers improves. This improved relationship translates into a better state economy. Citizens want to give input into decisions and take care of business online 24/7. Corporations will only view the state as a good investment risk if the state is trustworthy.

Although elected, officials are no longer simply trusted to do the right thing. Managers and government leaders need to prove that you can handle the public’s money and make smart decisions. With a tech savvy generation, government leaders’ mismanagement is not tolerated in the world of internet activism and instant social media news that goes viral in seconds.

Our local government may not have a tribal council to vote them off the island, but citizens will vote out leaders who do not make the shift to transparency and accountability!