College Is A Pathway To Prosperity?

Does it disturb you that college students are graduating with an astronomical debt load and no jobs?  It should!  What do colleges and universities owe students, parents and stakeholde 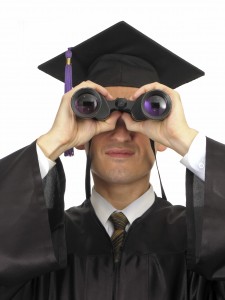 While education is a pathway to prosperity in an era of global competition, the value of higher education has come under the “needs reform” headlines for major political parties in recent years.

Here are the sobering facts:

How can college graduates pay back their astronomical college debts on those wages?  What do colleges and businesses owe these graduates?  What do we owe our kids?

Forward thinking businesses, organizations and agencies are stepping up and offering more internships so they will have the skilled workers that they need down the road.  In addition, this practical work experience offers opportunities to gain emotional intelligence in working effectively in teams, under pressure and with clients and customers.  China’s new national leader, President Xi, made headlines recently when he told a graduating class that Emotional Intelligence is “more important than IQ,” and a competency that should be pursued in the workplace.

Let’s be clear.  For workplace success, IQ remains the best predictor of which level of job someone can hold.  However, once in your position, IQ does not guarantee that you will be outstanding in your performance, nor that you will emerge as a leader.  A main reason IQ no longer predicts success once you are on the job is that everyone you are competing with is about as smart as you.

According to emotional intelligence expert, Daniel Goleman, who cited a meta-analysis of more than 200 separate studies that compared students with emotional intelligence-based programs and those without them found that positive behavior increased 10 percent, negative went down 10 percent, and academic achievement scores jumped up 11 percent when social/emotional learning or SEL was integrated into the curriculum.

These are the competencies that distinguish star leaders from average. Teaching these life skills in schools could turn them into leadership academies.

“We’ve entered a time when it’s necessary to have competencies in addition to the credential of a degree,” stated Andre Dua, a McKinsey director who co-leads the firm’s education practice in North America, in a recent interview with Forbes.

Education may be a pathway to prosperity, but in the United States it is a rocky road for today’s college graduates.