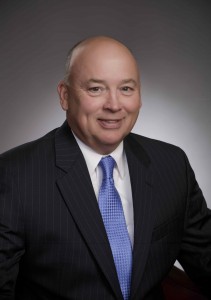 I’ve known Wayne for about fifteen or sixteen years. We were first introduced when his previous employer did a job for us. I was a college president for the first time, and he first connected with me in a personal way. He wanted to take the time to learn more about what was important to my team and me personally, in terms of making critical business decisions. And he made the “what does Wayne have to gain” part of the professional relationship secondary, which I think is very important. We built a rapport because of the approach that he took initially.

Our paths crossed again later, when his company received more work from us. The reason they received that work was because of the relationships that we had been developing between the first job and the second. He made the personal relationship with the company and other people within the company the priority, and it was never about the hard sell. The hard sell isn’t what works in our culture at Lone Star College. For us, the continuation of the relationship is important because we want to work with people who we trust. We see a lot of the type of people we don’t want to work with, so making a good impression is essential.

Proposals: I’ve seen it all

We may have 25 firms that bid on a job initially, for millions of dollars worth of contracts. After proposals are due, I sit on my back porch and review one after another. Some proposals won’t get a second look due to careless errors. A number of things will have this effect: addressing with To Whom it May Concern shows that they didn’t take the time to research who would be reading it, for example. There was a proposal I received in 2012 that was dated 2008, which tells me that they used it before. I’ve looked at proposals that had the wrong pictures of the college, so I knew they were sending us something that didn’t work for somebody else.

When turning in a proposal, pay attention to every detail. You need to have the right name, you need to have the proposal in on time and you need to address all of the issues on the RFP or RFQ that went out. We have seen plenty of people who we can tell have used a form packet. They don’t get the job.

Presentations: Again, it’s in the details

We’ve had people come in who haven’t had their shoes shined, who don’t know who they’re talking with, who get the name of the college system wrong. To me, that lack of detail is a deal breaker. If you’re not competent enough to get the basics down correctly, how can we trust that you’ll deliver the project on time?

We’ve had people come in and tell us, “Well, the top guy couldn’t come in because he had an important project to go to.” When we do jobs, we’re in the 10-30 million dollar range, and an individual project could be 50 or 60 million. When you start off the conversation by insinuating that the boss doesn’t consider this a “big job”–you’re selling your company short.

I’ve seen people who are unprofessional: they try to be silly with us, they try to joke around with us in the meeting. I’ve had people bring us squeeze balls, cookies. I can’t emphasize enough how important it is that you understand the company culture when approaching a group of decision makers. It’s not too difficult to find out who you’re talking to.

When you get the job

It’s not just about your presentation, it’s also about the way that you make your boards. The companies that we work with are very professional, however I’ve still seen boards that come in looking like it was prepared by a kindergarten class. With what we’re paying for this job, you can afford to spend a little more effort.

We’ve had some companies who, after beginning a project, will make things complicated. They give us a hard time, they want to change things suddenly, or they want to charge us for things that we didn’t agree to. They don’t have good working relationships, so they won’t get repeat work from us.

Most importantly, You have to deliver. I can’t put it any other way. Deliver what you say you’re going to deliver, when you said you were going to deliver. Then, like Wayne did way back when–support the continuation of the relationship. That’s how you’ll get the job again and again.

When you’re not putting in the effort to get to know a company, you’re sending out the message that you don’t care about meeting our needs or solving problems for us–you just care about closing a deal or numbers games of putting out the most proposals and seeing what you get back. If you take the time to get to know a business the way that Wayne coaches, you’ll establish trust. If you have trust, and a connection, you don’t need to worry about a hard sell.

Dr. Steve Head is the Chancellor for the Lone Star College System and has served on numerous committees making major buying decisions over the years. Dr. Head has served as the president of Lone Star College-North Harris since 2007. At LSCS, he held the position of executive vice chancellor, acting chief operating officer, and president of LSC-Kingwood, among other positions. Dr. Head received his Ph.D. in history from Texas Tech University, and M.A. and B.A. in history from Lamar University in Beaumont.